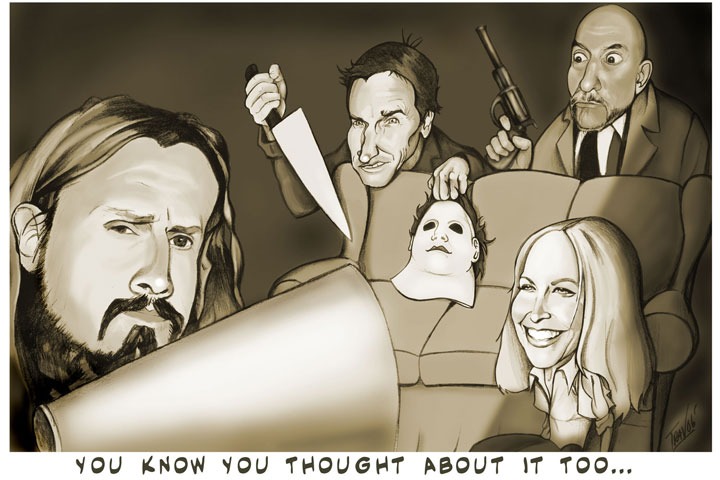 Image by ibtrav
First comic spot illustration for client HorrorHound magazine.
This image was to show how director Rob Zombie always casts his "usual suspects" of cast in every movie he does. It’s an imagining that he casts those regulars in prominent roles in his "reimagining" of the horror classic Halloween.
I would have no idea that in fact he WOULD cast all 3 actors (his wife is in there) in the Halloween remake.
Anyways,
Colored pencil, Photoshop
2006 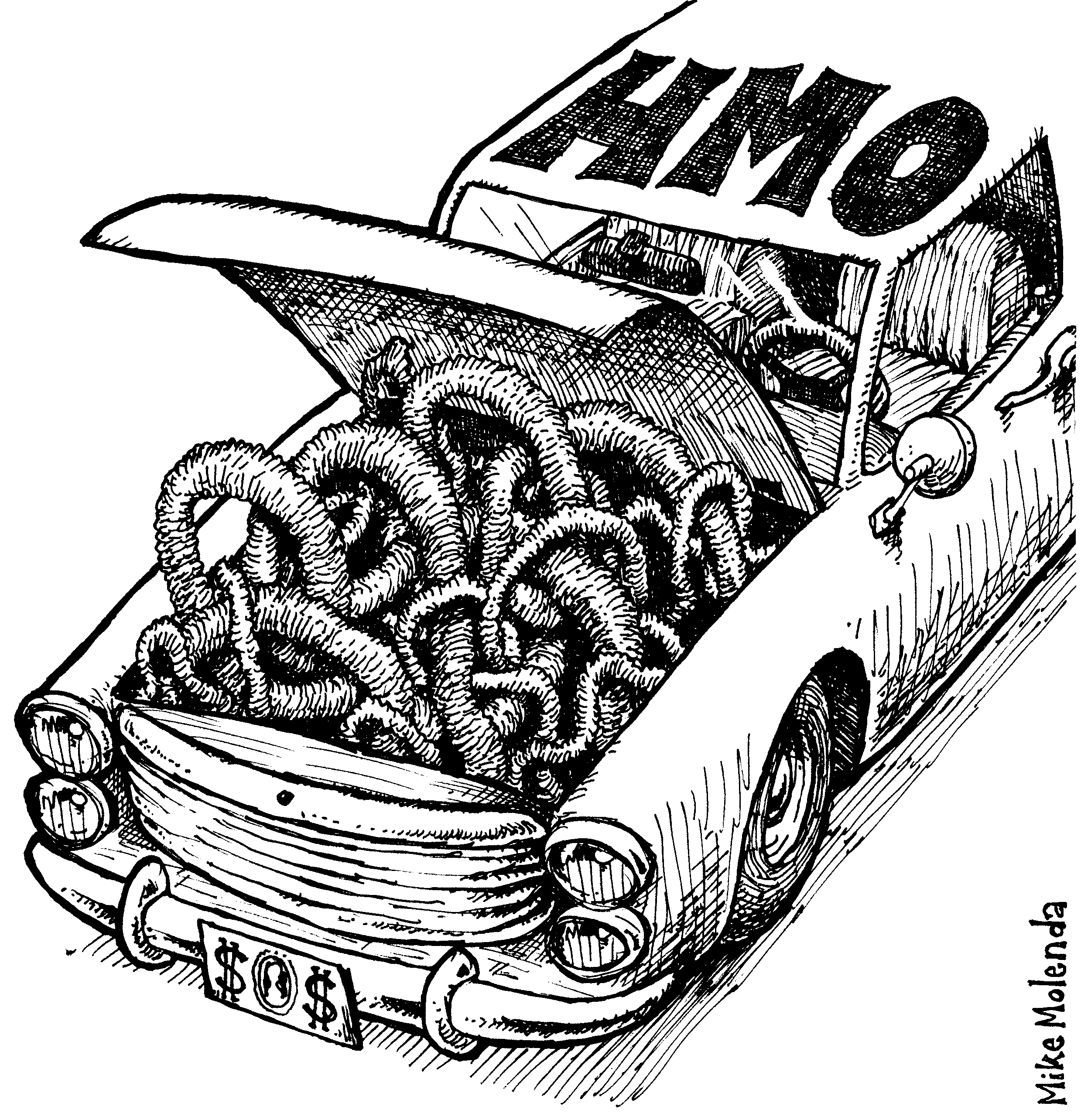